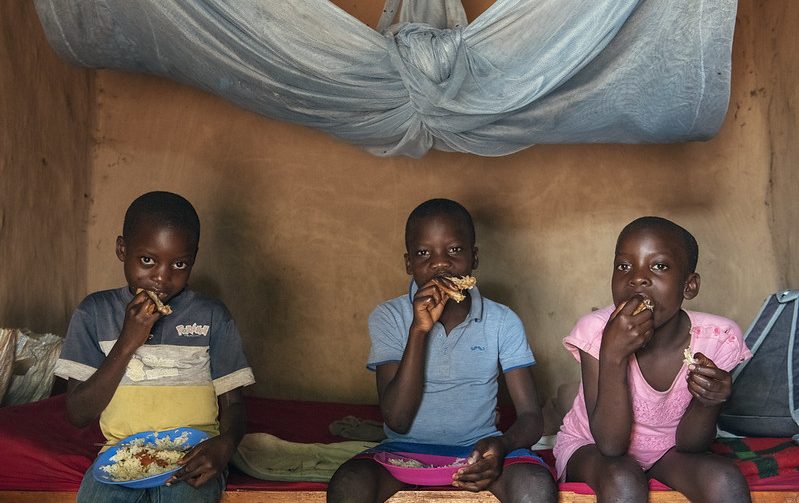 Linear growth retardation is a widely used marker of undernutrition. While the development community has long worked to reduce the worldwide prevalence of stunted linear growth, in recent decades the possibility of reversing growth retardation has attracted increasing interest. Although helping stunted children achieve “catch-up growth” seems a worthwhile aim, it is one that begs several questions.

In particular, we must ask if catch-up growth is actually possible, and if so, does it necessarily translate into recovery from the broader consequences of undernutrition, such as delays in neurocognitive development, increased risk of chronic disease and death, lower educational attainment, and reduced earnings in adulthood? The answers to these questions will have important implications for the design and evaluation of nutrition interventions and policies. In a new paper in Advances in Nutrition, we delve into these questions by examining the potential to recover from undernutrition in three domains: linear growth, developmental epigenetics, and brain and neurocognitive development.

What is catch-up growth?

Broadly, catch-up growth is a reversal of growth retardation. But varying criteria and methodologies for determining catch-up growth abound in the literature, creating confusion about how to identify and study it. Four criteria must be met to demonstrate catch-up growth:

The only way to reduce the height gap accumulated during the period of lower-than-normal growth velocity is for children to subsequently gain length or height in absolute terms faster than the expected linear growth velocity for their age and sex. Just like a lagging cyclist in a race must pedal much, much faster to catch up to a rider ahead, a child must grow at a much faster rate to catch up to where he or she would have been had there been no period of lower-than-normal growth.

To find out if catch-up growth is possible, we reviewed a set of 13 studies on adopted children under the age of five. Since adoptions provide radical improvements in a child’s environment—including diet, water, sanitation, hygiene, and caretaking—they fulfill the first three criteria for catch-up growth and allow for assessing the fourth. We found evidence of catch-up growth in nine of the studies. This suggests that catch-up growth is biologically possible when children’s home environments radically improve. But what is the relevance of this finding for nutrition policies and programs? Nutrition interventions can improve linear growth, but the size of the improvement is typically a fraction of what is found in the adoption studies and thus insufficient for catch-up growth. In addition, the direct benefits of increasing height early in life are limited to women, as noted above. We must therefore ask whether children can recover in other domains after suffering from undernourishment. To answer this question, we reviewed evidence from developmental epigenetics and child development.

Epigenetics is the study of mitotically heritable changes in how genetic information is ultimately expressed in an organism. Environmental exposures during critical windows of development can have lifelong metabolic consequences. Nutritional influences on developmental epigenetics have been studied extensively over the past decade. A prime example is DNA methylation, which modulates gene expression potential; pro-methylation dietary supplementation in mice before and during pregnancy has been shown to change the coat color and tail kinkiness of their offspring.

It is hard to study some of these mechanisms in humans. But the Gambia’s single annual rainy season, which results in dramatic seasonal variation in energy expenditure and availability of specific foods, provides a natural experiment. A recent study of subsistence-farming communities there found that maternal nutrition around the time of conception influenced DNA methylation in their children. Given the highly stable nature of this molecular mark, recovery from the epigenetic effects of periconceptional malnutrition is unlikely. More studies are currently underway that should shed further light on what this means for human health.

It has long been recognized in child development that if a stimulus or other input (such as nutrition) is not received within a critical time period, permanent damage occurs. A folic acid deficiency in a newly pregnant woman, for example, increases her child’s risk of developing certain irreversible conditions like spina bifida. Poverty and associated stresses often coincide with and compound the effects of nutritional deficiencies. Isolating the effects of nutritional deprivation on neurocognitive development can therefore be difficult.

The Bucharest Early Intervention Project assessed the impact of severe deprivation on early brain development. Children between the ages of six and 31 months who had lived in orphanages since birth were randomized into foster care placements or kept in an orphanage. Another group of children who had never been institutionalized served as a comparison group. The study found differential effects of environmental deprivation and stress on children’s gray matter (processing and cognition) and white matter (learning). On all counts, the orphanage group experienced the least development. The foster care group, which notably achieved complete catch up in linear growth by 42 months, showed no difference from the orphanage group in terms of gray matter and experienced incomplete recovery in terms of white matter volume and cognition.

Implications for nutrition programs and policies

Prolonged undernourishment early in life leads to negative outcomes that are both profound and irreversible. Although subsequent drastic improvements in a child’s nutrition can in some cases partially alleviate deficits in linear growth and neurocognitive development, they will not erase the permanent marks of a mother’s undernutrition just before or early in pregnancy on her child’s DNA methylation. Nor will interventions aimed at reversing linear growth retardation fully restore the trajectory of neurocognitive development. Rather, the benefits are limited. Thus, scientific, program, and policy efforts should focus on preventing maternal and child undernutrition rather than on correcting its consequences or attempting to prove they can be corrected.

Jef L. Leroy is a Senior Research Fellow with the International Food Policy Research Institute's (IFPRI's) Poverty, Health, and Nutrition Division. Edward A. Frongillo is a Professor and Director of Global Health Initiatives at the Arnold School of Public Health at the University of South Carolina. Pragya Dewan is a Consultant in Monitoring And Evaluation for Education at UNICEF and a former IFPRI Research Analyst. Maureen M. Black is a Professor at the University of Maryland School of Medicine and Distinguished Fellow at RIT International. Robert A. Waterland is a Professor at the Baylor College of Medicine. Tracy Brown is an IFPRI Senior Editor; she prepared the text of this post. A4NH provided funding for this research.

Reflections from a recent webinar where nutrition experts gathered to consider past learnings in an effort to to better face the impacts of COVID-19 on food systems and malnutrition in all its forms.

Read more
View all
Blog
December 18, 2020
What Influences Choices on Eating and Activity? Perspectives from Adolescent Girls and Women

Based on A4NH experience, reflections on how CGIAR can engage meaningfully with key country stakeholders to build momentum toward attaining development goals.