Photovoice project photo taken by a 15-year-old girl in a private school, provided courtesy of the authors.

The food environment is a critical part of the food system, and has been described in a previous blog on the Food System Idea Exchange as “the consumer interface with the food system that encompasses the availability, affordability, convenience, promotion and quality, and sustainability of foods and beverages in wild, cultivated, and built spaces that are influenced by the socio-cultural and political environment and ecosystems within which they are embedded.”

Depending on what food is available, affordable, promoted and/or convenient in the food environment, dietary choices might differ. Particularly for adolescents, food environments play a key role due to age-related vulnerability. Food choices made at that age can form habits that could impact their future health.

A study conducted by the universities of Addis Ababa and Wageningen and the French National Research Institute for Sustainable Development (IRD), also detailed in this issue brief, has found that the cost of food and food safety are major factors influencing adolescents’ food choices.

While mothers played an important role in adolescents’ food choices, the adolescents were mostly influenced by poor hygiene and sanitation of food outlets, or their home environments as well as the price of foods.  Whatever is affordable, available and perceived as clean in the direct vicinity of their home and school environments influences adolescents the most. Their concerns could push them to consume more packaged food, which may include unhealthy, ultra-processed products.

We conducted our study in one government and one private school in Addis Ababa with 26 adolescents aged between 14 and 19 years. We used a method called Photovoice, which aims to understand how issues affect a community through the lens of community members. After basic training in Photovoice, adolescents answered two questions with photographs. The first was related to challenges to eating healthily and the second explored the opportunities adolescents face in eating healthily. Participating adolescents were then interviewed individually and as a group to discuss the meanings behind their photographs, which revealed several key findings:

Adolescents felt they had little decision-making power since families, particularly their mothers played an important role. Mothers who do most of the cooking have the most influence, which adolescents did not always appreciate. A boy from the government school said:

‘My mom is the one who cooks everything for us. We have no say in what we eat or want to eat. We have to have what she gives us.’

Fathers were referred to as the “breadwinners” or the ones who provide the unhealthy food that mothers would not allow. A girl from the private school said:

” …my father usually buys me cakes and soft drinks, but my mother doesn’t let me have that.” 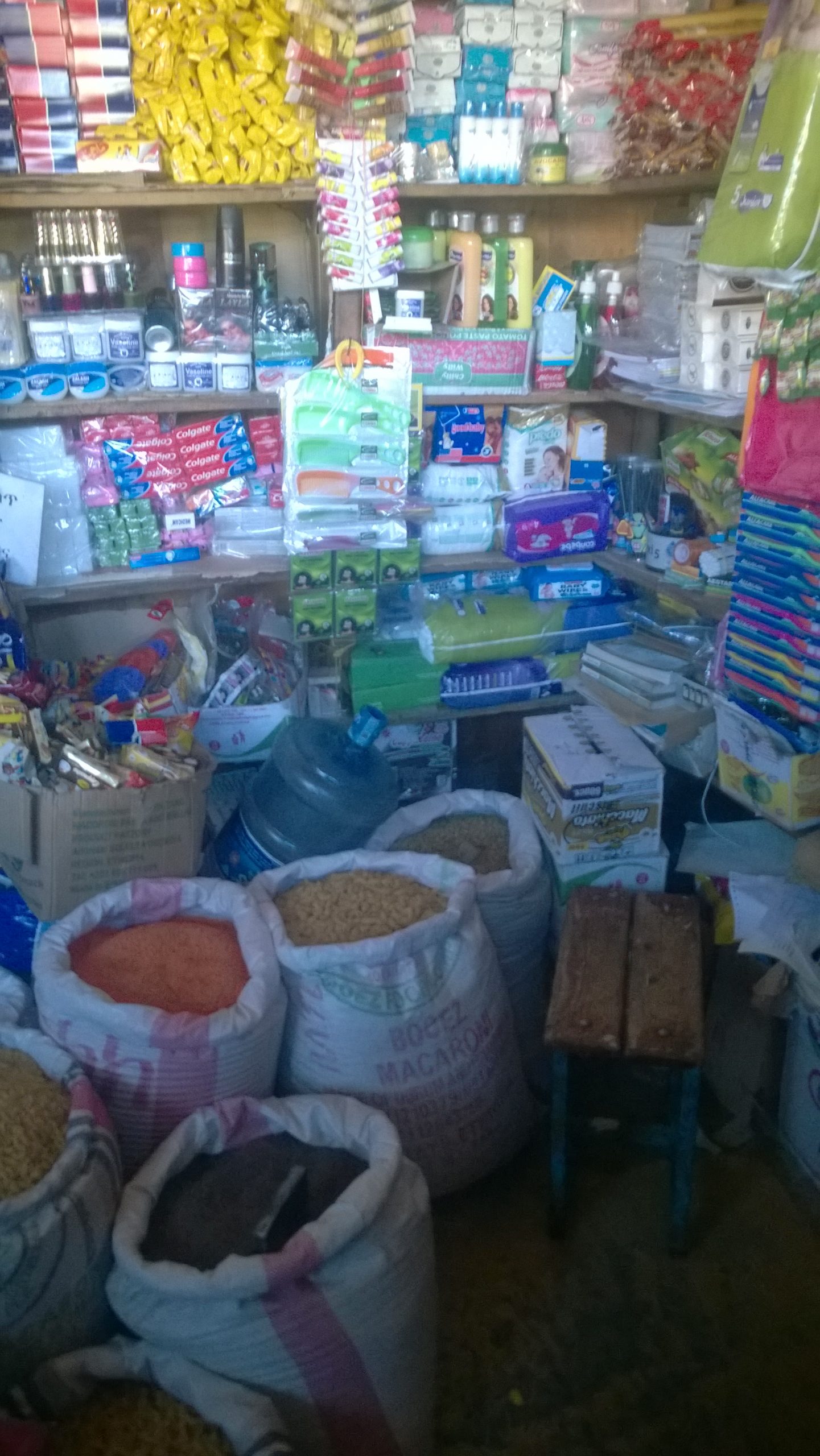 Photovoice project photo of the supply in a shop, taken by a 17-year-old boy in a government school and provided courtesy the authors.

The cost of foods also played a key role in adolescents’ food choices. Due to these financial limitations, certain foods were considered as out of their reach, such as meat and fish; additionally, in the neighborhoods that the adolescents lived, there were limited affordable outlets, forcing them to buy street foods  with their pocket money that were often of poor nutritional quality such as French fries or sweets.

Adolescents also felt that unhealthy foods, like sweets and frying oil, were too cheap, while nutrient rich foods, like meat or fish, were rarely affordable. A boy from the government school said:

Lack of food safety in environment and food outlets

‘This is a market place and it is not clean at all. The food sold here might be attractive but because the surroundings are not clean it doesn’t entice you to buy and consume it.’

In addition to the poor hygiene in their surroundings, lack of water at home could further influence consumption of fruit or vegetables (for washing fruit and vegetables before consumption). A boy from the government school was concerned about not having water in his house to wash garlic, which is usually thoroughly cooked in Ethiopian dishes:

‘We use garlic in our day-to-day diet. If there’s no water available when we prepare food, we might just peel the garlic and use it without washing it.’

The concern for food safety and hygiene could push adolescents to buy packaged foods that are often ultra-processed (and unhealthy) in Ethiopia. The packaging not only provides the protection from potential germs, but adolescents also appreciated the information that is provided on labels, as this boy from the government school stated:

‘You can see the packed food here and you can read their contents and understand what you want to eat.’

What can be done?

The adolescents in our study were actively engaged and eager to share their observations about their environment. Therefore, involving adolescents in future research would not only make the findings richer but also more inclusive and applicable for potential solutions. In order to help adolescents, make good choices, clean, affordable, and healthy food options should be provided in and around schools, while unhealthy ones should be discouraged. An important step would be to involve both parents in school interventions considering their strong influence on adolescents’ choices. In addition, policy action would be needed to increase access to healthy, affordable, safe and convenient foods in and around schools through food-based dietary guidelines and food safety guidelines. Other important policy options could be taxation of unhealthy foods, such as sugar-sweetened beverages and/or directly provide or subsidize healthy foods, such as fruit and vegetables while restricting sales of energy-dense nutrient-poor snack foods in school compounds.

The paper this blog is based on can be found here, while an issue brief is available here.