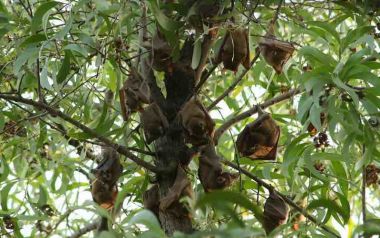 This blog also appeared as part of the IFPRI series on COVID-19, and on ILRI.org.

The outbreak of COVID-19 is a rude awakening to many who believed the era of infectious disease was over. In this post, Bernard Bett, Delia Randolph and John McDermott argue that not only are pandemics not over, they may be increasing in frequency; and while most originated in Asia in the past, Africa may be poised to become an important source of so-called “zoonotic pathogens”—with its population growth, rapid urbanization, and rising global integration offering promising vectors for outbreaks.—Johan Swinnen, series co-editor and IFPRI Director General.

Three quarters of emerging human infectious disease outbreaks are "zoonotic," meaning they originate from viruses and other pathogens infecting animals that then "jump" species to infect people. This "species jump" by pathogens is not new — it has occurred throughout pre- and recorded history. But in the last half of the last century, with the widespread use of antibiotics and vaccines, many had begun to believe that the era of infectious disease was ending. The story of epidemics, however, is always evolving. As we see clearly now with the ongoing COVID-19 pandemic, which is believed to have originated from virus-infected meat or live animals sold in a traditional "wet" food market in Wuhan, China, our hopes for the end of infectious disease were badly misplaced. Over the last 100 years, in fact, there has been growing evidence of not less but more frequent emergence and greater spread of zoonotic pathogens in humans and animals. In recent decades, most of these zoonotic pathogens originated on the western seaboards of Europe and the United States. More recently still, Asia, Africa and South America appear to be growing in importance as origins of zoonotic pathogens.

Bats hang in a tree in Togo. Bats carry a number of diseases that can jump to humans, a growing problem in Africa. Photo: Stephen C. Smith

For centuries, East and Southeast Asia have been the hotspots of influenza and other emerging zoonotic diseases with pandemic potential, but in this century it has also been the origin of novel coronaviruses causing both the 2002–2003 epidemic of severe acute respiratory syndrome (SARS) and the 2019 coronavirus disease dubbed "COVID-19." A major cause of the emergence of new influenzas is the increasing densities of people and their domestic animals. Greater human populations are also increasing human interactions with wild animals, which is speeding the acquisition of disease infections among people.

Africa is now catching up to Asia as an infectious disease hotspot. Africa now has the fastest-growing and youngest human population of any region in the world. In 1900, Africa south of the Sahara had around 100 million inhabitants; the population now stands at 1 billion and by 2100 is projected to grow to around 4 billion people. With increasing human populations and increasing demand for milk, meat and eggs due to rising urbanization and incomes, the densities of humans and domestic animals are also increasing — particularly in coastal West Africa and North Africa and the highlands of East Africa. Figure 1 compares the current human, poultry, pig and ruminant populations across Africa and Asia. Regions of Africa are now approaching the high density levels seen in Asia.

In past centuries in Africa, animal pathogens jumping to humans almost always caused limited outbreaks — reflecting the comparatively low densities of people and animals and their relative isolation. However, this pattern is changing, with increases in both frequency of emergence and expanded spread in human populations. Here, we highlight key changes in human, animal and environmental health drivers contributing to more frequent emergence and greater spread of emerging zoonoses in Africa, now and in the future. Understanding these changes is critical in developing preventive and rapid response strategies and capacities to mitigate the increasing risk of epidemics of emerging diseases in Africa. 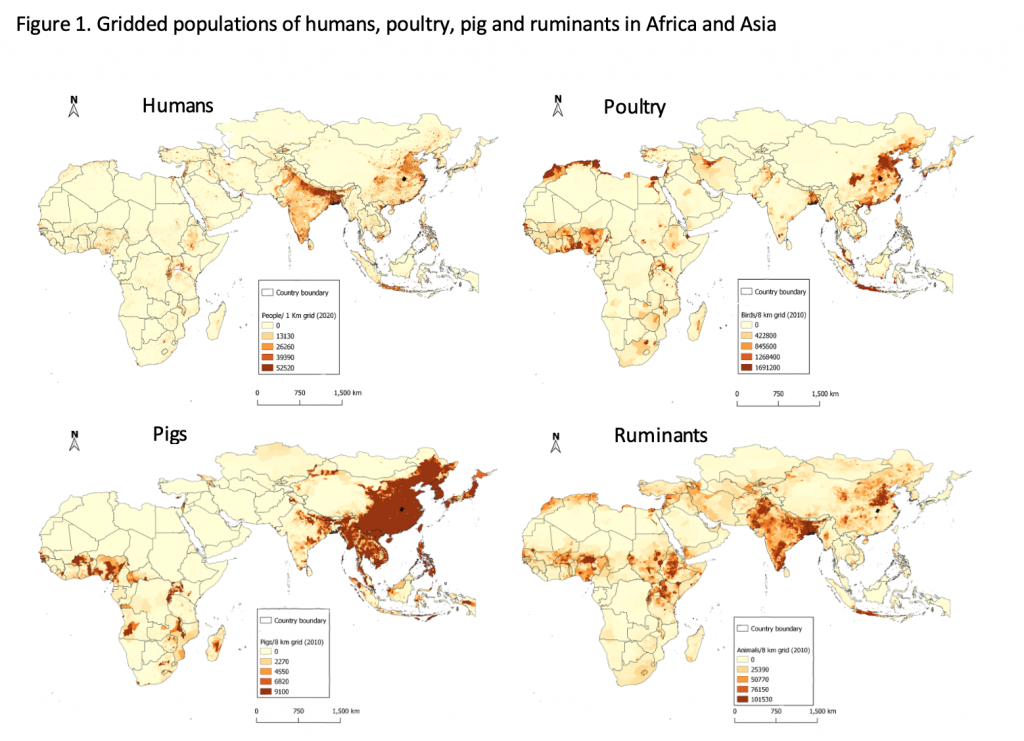 While there are commonalities, each outbreak / epidemic / pandemic has its own unique features. Tracing pathogen emergence from one host species to another has been greatly aided by the advent of genomic tools and improved but still limited sampling of the host species. These methods have helped us better understand the emergence of pathogens from primates (HIV-AIDS), bats (Ebola) and rats (Lassa fever) to humans. Zoonotic pathogens can directly jump from an animal species to infect humans (HIV-AIDS from primates) or through other animal species which either act as an intermediate connector host, or bridge (SARS-Coronavirus and SARS-Coronavirus 2 that causes COVID-19, from bats through wildlife species then to humans), or as amplifier hosts of pathogens transmitted to humans (Nipah virus from bats, multiplied in pigs; influenza viruses mixing between human, pig and poultry populations in East and Southeast Asia). While many new diseases originate in wildlife, for some of the most serious, livestock have been a connector or amplifier host.

Prevention or, failing that, rapid initial containment before the exponential growth of cases is the health goal. Low population density and stable societies serve as "natural preventive measures." In Africa in past centuries, infectious pathogens jumping from animals to humans almost always caused limited outbreaks or "burned out." For example, simian immunodeficiency viruses have likely been transmitted from primates to humans from prehistoric times but did not cause serious epidemics until the late 20th century. But the dramatic social, demographic and health changes of late 19th century Africa helped to transform these occasional pathogenic wildlife-human spillovers into pandemics of human-to-human disease transmission, such as the human immunodeficiency virus (HIV).

This new pattern of disease emergence is unfortunately likely to become increasingly common, given the dramatic rise in Africa's human population. 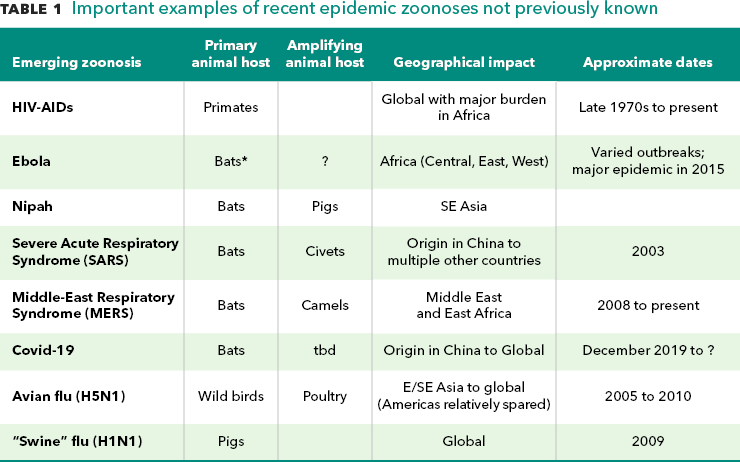 Source: Authors' notes. *Bat transmission of Ebola is assumed but not confirmed.

This zoonotic pathogen and human disease pattern continues to evolve and change. Infectious zoonoses producing severe clinical illness and high mortality, such as Ebola and HIV-AIDS, are the most highly visible signs of emerging zoonoses in Africa. As in Asia, increasing changes in land use, including the expansion of human settlements and agricultural lands, are increasing contacts between humans and wild animal host species. That human disease outbreaks of yellow fever and other haemorrhagic fevers are associated with exposure to new pathogens through human incursions into forests has been well known for two centuries. But the routine exploitation of forests for mining and other resource extraction purposes in recent decades has created new opportunities for viral transmission. Rising human populations in parts of Africa are accelerating the use of forests for hunting bushmeat for consumption and use in traditional medicines and trade. Like China, wet markets for bushmeat are also found in Africa and there is a considerable illegal international trade.

Closer interfaces between dense human settlements and forests continue to expand. Many wildlife species — most worryingly, from a pathogen emergence perspective, bats — are increasingly adapting to peri-urban living. Accra, the capital of Ghana, is home to more than one million fruit bats and hunting and sales are important economic activities. One critical question is whether bat pathogens, including a range of bat coronaviruses, are also evolving to become more adapted to multiple animal hosts, including humans. Analyses of bat coronaviruses, including SARS-Cov-2 , indicate that they may more easily mutate to infect humans than in the past. 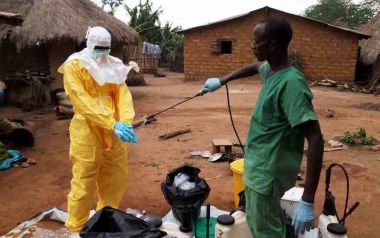 For some emerging zoonoses, the spread of infections in domestic animal species is the key factor. For both Nipah and MERS (the latter caused by a coronavirus), the spread from bats to intermediate domestic animal hosts was important in the subsequent emergence of the disease in humans. These zoonoses are among those that continue to exist and could "re-emerge" at higher rates in humans with increasing human densities and poor management and hygiene of their main amplifier species — pigs for Nipah and camels for MERS.

Influenza viruses have been responsible for many epidemics over the past centuries, including the flu pandemic of 1918–1919 that killed more people than any other documented pandemic — one-third of the world was infected and around 50 million people died. Interestingly, in the H5N1 (avian flu) epidemic of 2006–2011 that caused global animal and human health concerns, H5N1 infections became endemic in Indonesia but were relatively quickly eliminated following their introduction in West Africa, perhaps because Indonesia at that time had much greater poultry densities than West Africa. But West African poultry density is now catching up to Asia.

What is changing in human societies that facilitates the spread of emerging zoonotic pathogens
Increasing human populations, urbanization and rising incomes are changing Africa in fundamental ways. One major change is a dramatic increase in air travel between Africa and the rest of the world. While traditionally most African travel connections have been through Europe or the Middle East, in the past decade the number of African connections to Asia has been rising. The first "African" case of COVID-19 was diagnosed in Nigeria in a traveler coming from Italy.

As in other developing regions, Africa's health and social support systems to serve the growing and more mobile human populations have lagged. This emerged as a critical issue in the AIDS epidemic in Africa. Relative to COVID-19, Marius Gilbert and colleagues combined data on Chinese air travel connections with available indices on health preparedness and infectious disease vulnerability indices to rank country risk. As noted above, Ebola outbreaks in Africa have usually been contained locally; the 2015 West Africa Ebola epidemic spread through countries with very weak health systems. In 2019, an Ebola outbreak in the Democratic Republic of Congo persisted as it occurred in a conflict zone. The combination of Africa's weak health systems, the expanding health needs of its growing populations, and its ongoing conflicts are a great concern for the continent's emerging zoonoses preparedness and response.

Implications and opportunities for controlling emerging infectious diseases in Africa

The rising risk of emergence and spread of zoonoses in Africa has significant consequences for the continent and the rest of the world. Epidemics in recent decades have varied in both their causes and effects and there are no common guidelines for the prevention or early control of zoonotic diseases.

To increase Africa’s resilience to the threat of emerging zoonoses, regional and global cooperation are essential. The continent’s disease control capacity and preparedness programs should be increased and scarce resources should be transferred to where they are needed most. These require strengthening regional human (WHO regional office for Africa) and animal health (African Union – Inter-African Bureau for Animal Resources) bodies. Governments and organizations should also adopt a coordinated One Health response across human, animal and environmental expertise, ministries and institutions. Bringing these three disciplines together is essential to respond to the increasing threat of emerging zoonoses in Africa.

The record thus far on COVID-19 and on past disease outbreaks shows that early, effective, and sustained response is essential to winning the battle over these diseases. Innovative use of information and communication tools and platforms and engagement of local communities are crucial to improved disease surveillance and effective response. Building these systems requires demand from the public and commitment from policy makers and investors. COVID-19 is a game-changer. It has shocked the world and continues to disrupt the daily lives of billions of people. Its eventual impacts on Africa are not yet apparent but may be enormous. But it will also provide important lessons in disease prevention and early response, the kind of lessons routinely ignored in the past, and point the way to combining effective disease-fighting practices linking human, animal and environmental health.

A new proposed One Health initiative by CGIAR will work with farmers and governments around the world to improve food safety, disease surveillance, reduce AMR, protect the environment, and unite experts.

The authors share ten facts on India’s urban employment during the pandemic and the lockdown in this opinion piece which originally appeared in the Financial Express.

New series from A4NH Managing Partner ILRI aims to improve understanding of the complex linkages between the wider environment, animal and human health