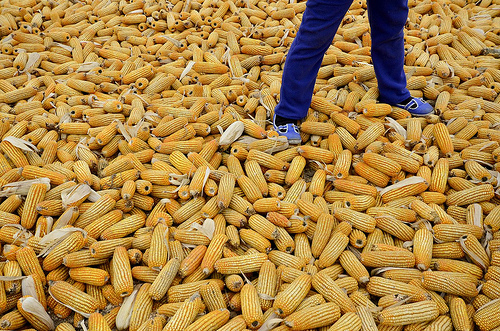 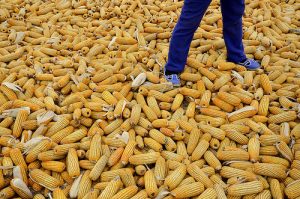 Aflatoxins are, without question, dangerous poisons. Produced by molds that widely contaminate foods and feed, particularly in key staple crops such as maize and groundnuts, they cannot be seen, tasted, or smelled. Yet they take an enormous toll on health and economies across Africa and beyond: they are responsible for an estimated 30 percent of liver cancers diagnosed in Africa. Crops testing above regulatory limits cannot be sold into high-value markets or traded across borders, threatening economic development across low and middle-income countries and smallholder farmer livelihoods.

But what about child stunting? Amid these other impacts, aflatoxin exposure through the diet is often cited as a cause of this very serious problem. As we work to address child stunting globally, we must understand its causes to ensure solutions and interventions are effective.

Current evidence on the aflatoxin-stunting link is limited to observational research. A confounding factor that is difficult to rule out in these studies is socioeconomic status. Children in poorer households are often fed diets deficient in micro- or macronutrients and suffer from more frequent infections, both of which contribute to growth retardation. Poverty is also associated with aflatoxin exposure, so if not adequately controlled for, the association between aflatoxin and stunting will be overestimated. To overcome this limitation of observational studies, we undertook the first randomized controlled trial examining how reducing aflatoxin contamination in the food consumed by children might affect their linear growth. Using this approach was important because it allowed us to better isolate the extent to which the observed relationship between aflatoxin exposure and stunting is causal. This kind of knowledge will enable stakeholders and policymakers to identify and implement more effective interventions.

The study, Mitigating Aflatoxin Exposure to Improve Child Growth in Eastern Kenya (MAICE), was conducted in 56 villages in rural parts of Kenya, where maize is the predominant crop and aflatoxicosis and aflatoxin contamination have frequently been reported. Study communities were randomly assigned to the treatment or the comparison arm. In the treatment communities, maize in study households was regularly tested for aflatoxin and swapped for clean maize if found to be contaminated. Families in these villages were also able to purchase “clean,” aflatoxin-free maize provided to local markets. Conducted from 2013 to 2016, our study followed pregnant women and their children up to 24 months of age. Data collected included face-to-face interviews, height and weight measurements, and blood tests to record serum aflatoxin levels.

Our results, recently published in BMJ Global Health, paint a complex, nuanced picture of the relationship between aflatoxin and child linear growth. On the one hand, at the end of the study, children in communities with the intervention had serum aflatoxin levels 27 percent lower than those in control communities. On the other hand, while their stunting levels were significantly lower than those in control communities halfway through the study, that impact was not sustained: stunting rates climbed back to the levels found in the control group during the second half of the study.

These results prompt many questions that require further exploration: are there certain ages or growth periods during which avoiding exposure to aflatoxin is more critical for ensuring proper growth? Are larger reductions in aflatoxin exposure necessary to sustain progress? How do aflatoxin impacts weigh in comparison to other stunting causes, including nutrient intake? Does lowering aflatoxin levels at early ages provide lasting benefits to children even if other factors conspire to result in stunting later? How do seasonal, geographical, and temporal factors impact aflatoxin impacts?

While the dynamics are complicated and these questions all warrant further exploration, one thing is clear: aflatoxin’s negative effects on human health and trade are real and urgently need to be addressed. Uncertainty about the effect on child growth and questions raised over the course of this study do not diminish that urgency. Instead, future efforts to reduce aflatoxin exposure and understand its connection to child stunting should include attention to the biological mechanisms through which growth may be affected, including inflammation, immune response, nutrient absorption, and enteropathy. Understanding aflatoxin’s impacts on each will lead us to better address the complex challenges of child wellbeing and development.

Vivian Hoffmann is a Research Fellow in the Markets, Trade, and Institutions Division of the International Food Policy Research Institute (IFPRI). Jef Leroy is a Senior Research Fellow in the Poverty, Health, and Nutrition Division at IFPRI. Kelly Jones is an Assistant Professor in the Economics Department at American University. This post is based on their recent article, “The impact of reducing dietary aflatoxin exposure on child linear growth: a cluster randomized control trial in eastern Kenya,” which appeared in BMJ Global Health.

Research for this study was supported by UK aid from the British people and the CGIAR Research Program on Agriculture for Nutrition and Health (A4NH). 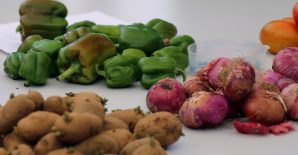 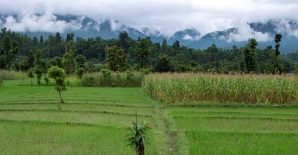