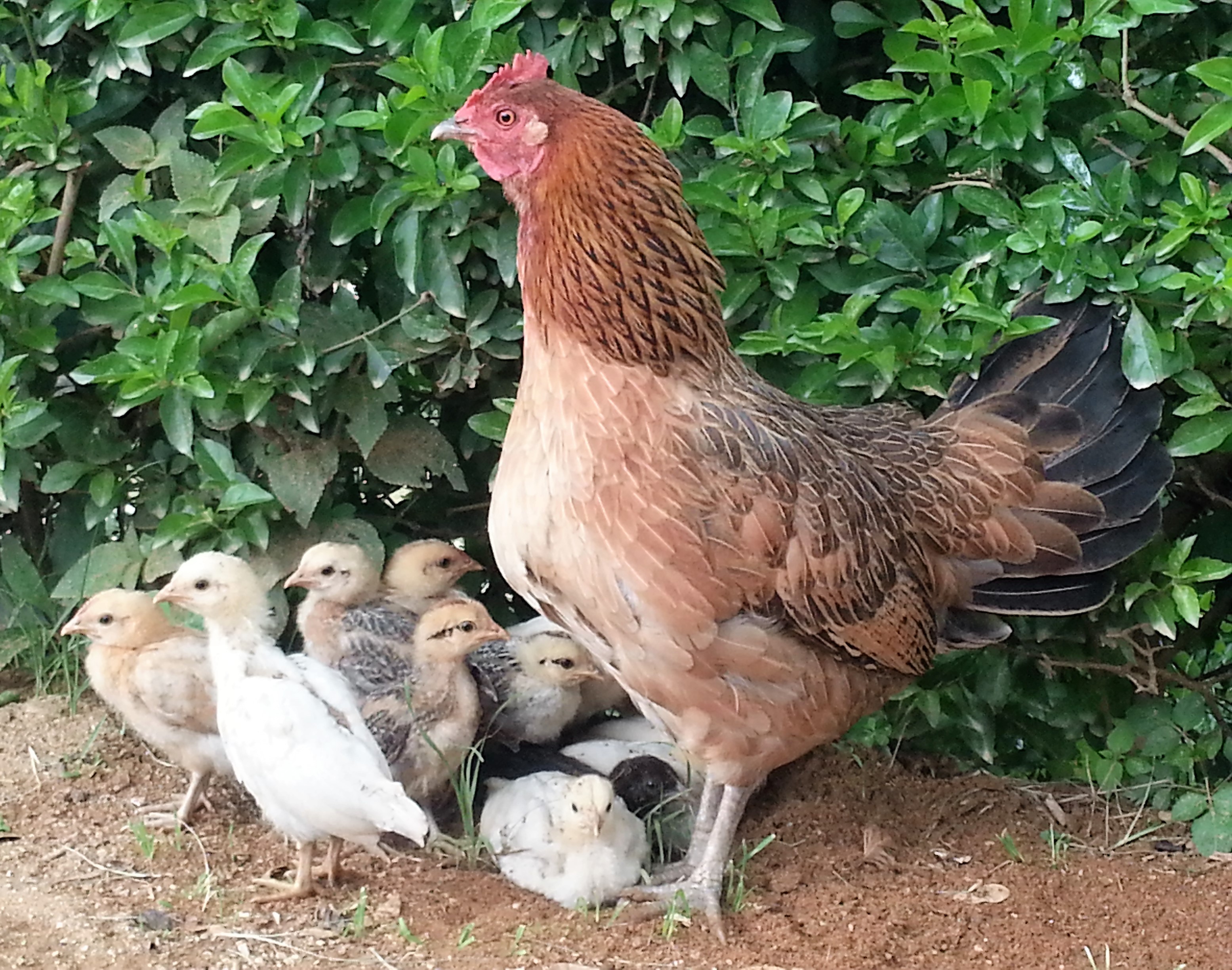 In this blog, Johanna Wong, a PhD candidate at the University of Sydney, shares research findings from Timor-Leste about the promotors and inhibitors of animal source food consumption in rural households. Johanna’s research investigates the links between village chickens, maternal and child diets, and nutritional status in Timor-Leste. 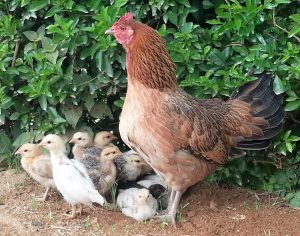 Hen with her chicks in Timor-Leste (Photo credit: Johanna Wong)

Linkages between agriculture and nutrition are not always clear. However, both women and livestock are important actors in each sector – women make up 43 percent of the agricultural labor force and play a vital role in the provision of nutrition for their families, and livestock are both highly valued assets and an important animal source food that enriches plant-based diets with high quality macro- and micronutrients.

Village chickens are where women, livestock, and nutrition intersect. Chickens are particularly important in households with few other assets – they are inexpensive to buy, scavenge for their own food, sit on their eggs until they hatch, and look after their own chicks. They are often the first rung of the “livestock ladder,” in which households progressively invest in chickens, small ruminants, pigs, and finally large ruminants as their livestock assets and household wealth grow. Importantly, chickens are often the only livestock women have complete control over, giving them additional significance in women’s empowerment and household nutrition.

In Timor-Leste, 82 percent of all livestock-owning households own chickens; however, flock sizes are small due to disease and predation. Theoretically, increasing local production of chickens and eggs can lead to increased consumption, but it may not. It is important to understand the positive influences and barriers to animal source food consumption within households. 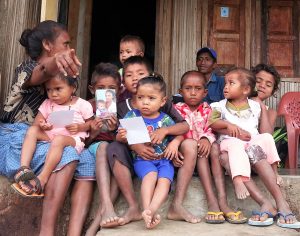 We used key informant interviews and gender-disaggregated focus group discussions to explore the factors in Timor-Leste that influence household consumption of animal source foods, particularly local chickens and eggs. Our research reveals that women are largely responsible for finding, preparing, and distributing food within the household; however, decisions about the variety of foods consumed are constrained by time, money, and nutritional knowledge. Village chickens are an important component of household food security, with men and women stating they will sell chickens when they need more food in the household, or slaughter and consume chickens when they have no other food options. “If the children are crying, we need to sell the chicken already!” said one woman. Women from villages that consumed more animal source foods reported being able to make decisions independently of other members of the household regarding the sale or consumption of the household’s chickens, with one woman stating, “Yes, [women] can sell [chickens] directly. We can tell our husbands later that we had to sell the chicken.” All women participating in focus group discussions indicated they would consume more chicken and eggs if production increased.

To increase chicken production in Timor-Leste, it is important to control Newcastle disease, a virus that can cause up to 100 percent flock mortality. A gender-sensitive program to vaccinate chickens against Newcastle disease, where women were active participants in program coordination, training, and vaccine administration, was implemented in three pilot villages. In households participating in the program, more frequent participation was associated with larger flock sizes. Men and women from households that vaccinated chickens regularly reported more frequent consumption of eggs by children specifically and chickens by the household in general. No cultural restrictions around women’s consumption of chickens and eggs were found in the pilot villages, with participating men and women reporting that micronutrient-rich organs are often shared equally among men and women, although household preferences exist on feeding organs to children. Eggs were often preferentially given to children, regardless of gender, which is a significant finding in a country where currently one in two children are stunted.

Village chickens fill a specific niche in household food and nutrition security, being accessible to most resource-poor households, and being one of the few livestock species that women can control. Increasing village chicken and egg production using a gender-sensitive approach has great potential to improve the nutritional status of women and children in vulnerable households.

SOFA Team and Cheryl Doss. (2011). The role of women in agriculture. ESA Working Paper No. 11-02, March 2011. Agricultural Development Economics Division, The Food and Agriculture Organization of the United Nations.