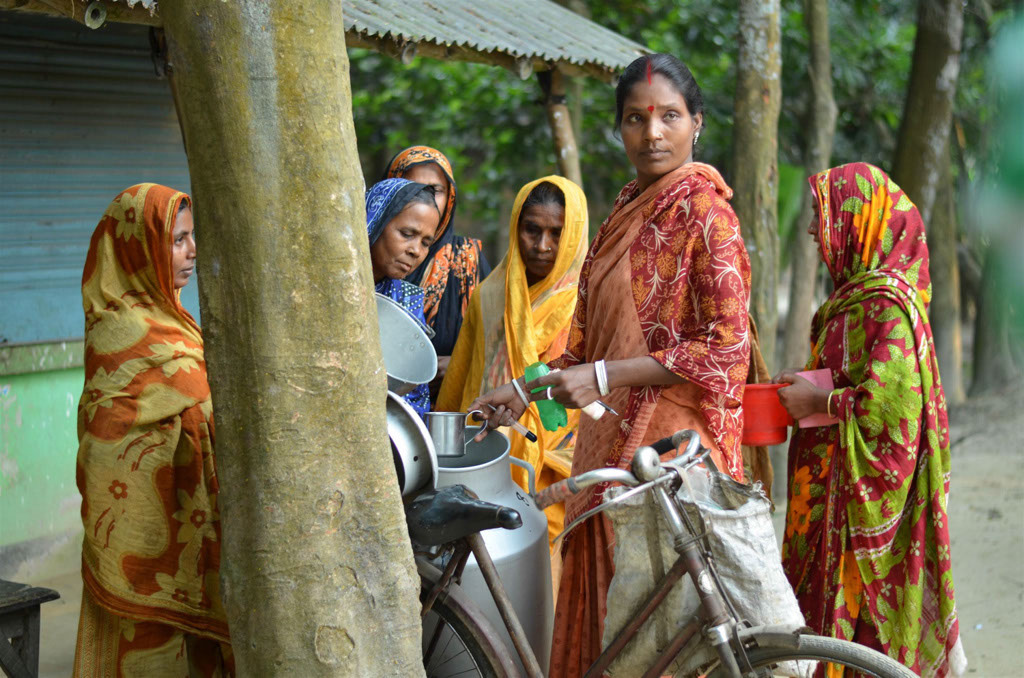 IT’S ABOUT TIME: INTERPRETING TIME USE RESULTS FROM TWO STUDIES IN BANGLADESH

Monica Jain’s blog post on women’s time use in Bangladesh from last month's Gender-Nutrition Idea Exchange generated a lot of discussion within the IFPRI gender team. Monica's findings differed from a recent IFPRI household survey in Bangladesh used to calculate the Women's Empowerment in Agriculture Index, and we wanted to examine the cause of the disparity. After a good deal of back and forth, we decided to convert our discussion into a blog post of its own in order to share our thought process when interpreting the different time use results. We conclude this post by adding three more suggestions for conducting time use research. Ruth Meinzen-Dick: I found this result from Monica interesting:  Women work 4 more hours per day than men in Bangladesh. When work is defined as the time allocated to production of marketed and non-marketed goods and services, inside and outside the household, as well as child care, women spend 66% more time working than men, which is equivalent to four more hours working per day.

However, our study in Bangladesh using the Women’s Empowerment in Agriculture Index (WEAI) found that women were actually less likely to have time poverty than men.  Any ideas on why there is this discrepancy?

Chiara Kovarik: I wonder if the discrepancy has to do with the definition Monica uses of work as production of marketed and non-marketed goods and services. Could this be different than the WEAI definition of “work” that we use?

Ruth: Monica’s definition does seem close to our definition of work in the WEAI, where both market and non-market activities count as “work” (rows E-P in the time module, p. 9). I thought that the WEAI baseline, based on the Bangladesh Integrated Household Survey (BIHS), also found women to be less disempowered than men in time poverty.  The figure in the Feed the Future baseline report  (Figure 1) shows it as very close, or maybe even a bit higher for men.

Figure 1: Contribution of each indicator to disempowerment But the sample might be important here, especially if their sample has a lot of young mothers. Since the WEAI is a tool that targets “principal females,” in other words, the primary female decision-maker in the household, these women may be older and less time constrained.

Agnes Quisumbing:  I am really intrigued by this. What are the time poverty numbers for males and females in the BIHS?

Hazel Malapit: In the WEAI, a person is considered “time poor” if they work more than 10.5 hours per day. Looking at the raw headcounts for time poverty in the BIHS, we find that it is consistent with the baseline report which uses the censored headcounts (it counts time poverty only among the disempowered). About 44% of primary males and 20% of primary females are time poor, and the gap even widens a bit more when we consider only households with younger primary females (Table 1). There must be something else that’s fundamentally different about the sample Monica uses and the WEAI respondents in the BIHS.

Agnes: Hazel and I had a long discussion about this (and we lost track of time!  Even people who study time allocation lose track of time).  I now realize that it is difficult to compare Monica’s and the WEAI results because of a number of things:

First, the survey instrument is very different.  In response to your question, Chiara, very similar definitions of market and non-market work were used in the BIHS and in the data set that Monica used, which we often refer to as the “Commercial vegetable and polyculture fish production study”, fielded between 1996 and 1997.  I was involved in designing both data sets.  The 1996-97 data set contains information on whether the person is also doing childcare while doing other tasks, whereas the 2011-2012 BIHS asks about a primary and secondary activity (the secondary activity may, or may not be, child care).  Both the 1996-97 and 2011-2012 questionnaires include time use in market and nonmarket tasks. The 1996-97 questionnaire is no longer state of the art, but it was innovative for its time—for example, collecting time allocation data for men and women, accounting for a secondary activity (child care), and using prayer times as time markers.  The last innovation is probably obsolete now because even farmers in remote rural areas have mobile phones! The surveys were conducted by the same data collection firm, Data Analysis and Technical Assistance, Ltd., so there is a uniform standard for data quality.

Second, seasonality might also play an important role.  The BIHS was implemented between October 2011 and March 2012—which would overlap with the boro season, which is a very high-labor demand season for men, especially now that there is more irrigated land.  Boro is the dry season crop.  Irrigation was not as widespread in 1996-97, so production during the boro season was more limited, dependent on rainfall.  However, the 1996-97 data set has the advantage of having three survey rounds, so it can take seasonality into account.

Finally, a major difference is the sample.  The 1996-97 sample was designed as part of an evaluation of micronutrient and intrahousehold impacts of new agricultural technologies, and is not nationally representative. The sample is roughly divided into three types: (1) NGO members to whom the technologies were being targeted; (2) a comparison group consisting of  similar NGO members who had not yet received the technology; and (3) a third comparison group drawn from the general population.  Thus, practically two-thirds of the sample were adopters or potential adopters of the agricultural technology. It is also possible that more women in the 1996-97 sample were mothers of children under 5 compared to the BIHS sample, owing to the secular decline in fertility between 1996-97 and 2012. With a large proportion of the 1996-97 sample being  NGO members, the women of the 1996-97 sample are also less likely to be disempowered with respect to leadership in the community—which is a major source of disempowerment among those women interviewed in the BIHS.

I think it would be interesting to replicate this analysis using the BIHS, to see whether the same patterns hold, and if not, why not.  As it stands, the data are too different (and are also almost 20 years apart) to make any valid comparison.

Sophie Theis: Ok, so let’s synthesize what this comparison does tell us. Considering these two studies in Bangladesh, I can see three more recommendations for measuring time use which we might add to last month’s list of eight.

9. Seasonal impacts on labor and subsequently, time use are mediated through technology. In the 20 years between Monica’s dataset and the BIHS, irrigation technology spread so that the dry season, boro, shifted from a medium to a high intensity agricultural season. Though in many cases technology can be labor-saving, in the case of Bangladesh’s boro season, irrigation led to increased demand for labor. At first glance, it seems that demand for labor disproportionately affected men; however, more evidence is needed on the differential effects that technology like irrigation may have on male and female time use burden.

10. Women face different time pressures. Though household surveys typically ask the most detailed questions of the woman that is the primary decision-maker within her household, she may have different time use patterns than other women in the household due to the age of her children or status/division of labor. It should come as no surprise to anyone that childcare needs vary significantly by age. Women with children under age 5 are more likely to be time poor than women further along the age continuum.  When collecting time use data, make sure to distinguish between mothers of children of different ages, and do not assume that the primary female respondent’s time use is representative of other women in the household.

11. Even though a large proportion of the women of the 1996-97 sample were members of NGOs and more empowered in the domain of group participation, they were more time-poor than the later sample of women. Though this is just one variable that may drive the differences between the two studies’ findings, it is worth noting that people have different levels of empowerment in different domains of life. Furthermore, sometimes there may be tradeoffs between domains. If meetings are not planned in such a way that support women’s childcare needs and avoid conflict with other obligations, group participation can either increase women’s time poverty or exclude women altogether.

Editor's note: the description of Monica's sample has been corrected to reflect that data collection was not restricted to households with young children and households that participated in the program.