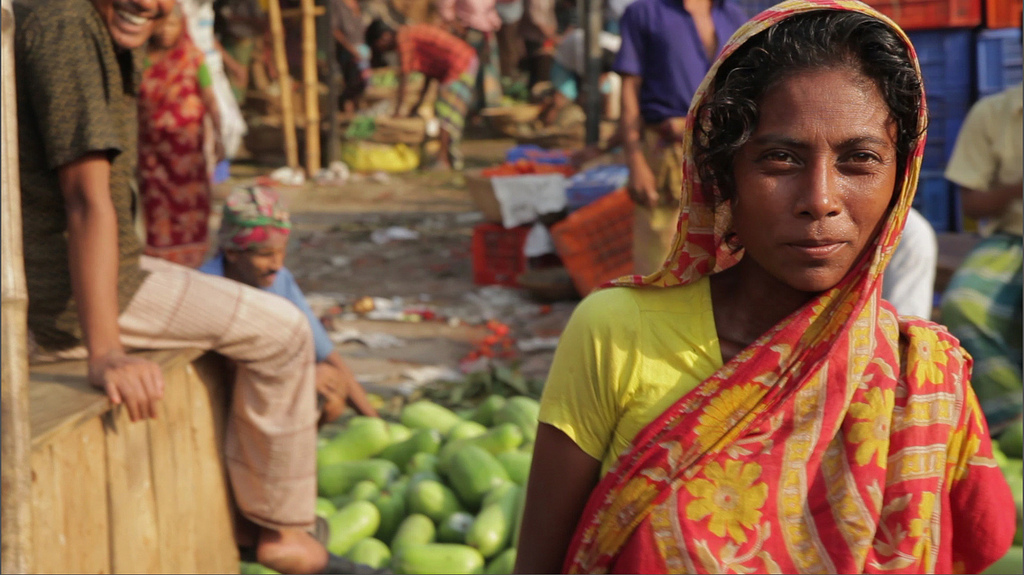 ADDRESSING COMPLEXITIES OF MEASURING WOMEN’S TIME USE IN BANGLADESH

Collecting accurate time use data is notoriously challenging across demographics, and gender norms relating to definitions of work can even further obscure accurate time use reporting. This month, Monica Jain,  Associate Research Fellow at HarvestPlus, shares with us lessons learned on how to measure and analyze women’s time use. By accounting for seasonality, income, and education, her research reveals some of the factors that constrain women’s time use – and some surprising factors that don’t – to see what may shape women’s ability to provide adequate complementary feeding. Complementary child feeding practices are poor in Bangladesh, and they have improved only minimally over time (Jain 2014). Complementary feeding is the process that begins when breast milk on its own is insufficient to meet infants’ nutritional needs. For adequate nutrition, children between 6 and 24 months of age require frequent, nutritious- and energy-dense foods that can be easily digested in addition to breast milk. The special preparation of age-appropriate foods and the frequency of feeding sessions are time-consuming activities.

One hypothesis frequently proposed is that mothers in Bangladesh do not have enough time for adequate complementary feeding. We address the question of time availability by analyzing data on time use of women and men in Bangladesh which was collected thrice between 1996 and 1997 in three different agricultural seasons.

The data were collected in 1996-97 as part of an impact evaluation of new agricultural technologies being disseminated through non-governmental organizations. Three geographically dispersed districts were surveyed: vegetable technology in Saturia, group fishponds in Jessore, and individual fishponds in Mymensignh (including Kishoreganj). See Figure 1 for location of these districts. Altogether 956 households were surveyed in the first round and followed in the subsequent rounds. We focus on the time use patterns of married women 15-49 years of age to investigate how time use differs by gender, education, season, income, and presence of young children.

We share here our initial findings and reflect on lessons learned about how to accurately collect women’s time use data and uncover different time use patterns across groups of women.

Women’s work is consistently and significantly under-reported. Not only do official statistics undervalue the economic contribution of women, but women themselves also underreport their work (Mahmud and Tasneem 2011), both reflecting and reinforcing their lower status relative to men in society. We tested different definitions of work. Using the official definition of work “that a person is working one or more hours for pay or profit or working without pay in own farm or enterprise during the reference period,” we find that two-thirds of women are working. However, if we the remove the lower bound on work hours as per the official definition, the portion of women working increases to 85% (Figure 2). Women are also the primary producers of goods and services for household use, spending 10 hours a day on work, most of which supports the household. Especially in a country with incomplete and inefficient markets as in Bangladesh, women’s work sustains the household. Women spend six hours every day on household chores, including cooking, cleaning, fetching water, washing, and gathering firewood (Figure 3). When all work inside and outside the household, including childcare, is summed, women in Bangladesh spend 10 hours working per day. Cooking and washing utensils requires an average of four hours per day.  Collecting water and fuel takes forty minutes, and cleaning house and clothes another hour. Women spend one hour on exclusive child care activities, such as feeding, bathing, teaching, and playing with children.

Women work 4 more hours per day than men in Bangladesh. When work is defined as the time allocated to production of marketed and non-marketed goods and services, inside and outside the household, as well as child care, women spend 66% more time working than men, which is equivalent to four more hours working per day.

Disaggregating by gender is an important first step. We uncovered different patterns of time use when we did not treat women as a monolithic group and disaggregated by income and education.  Certain kinds of time use patterns, like for labor and cooking, shift across income groups, but surprisingly, child care remains constant across incomes/education levels amongst mothers with young children.

More educated and wealthier women spend less time working outside the home on own-farm work, but more time on household chores, and more time on leisure. As Ilahi (2000) has pointed out, if labor markets function well, as households gain income, they can hire in labor, and household members can lower their workload and consume more leisure. In Bangladesh, both richer women and more educated women (who are also more likely to be rich) work less outside the home (Figure 4). Literate women’s work time varies by season, but illiterate women’s work time remains constant throughout the year. Even in the “hungry season” of October when labor demand is lowest, on average women work two hours every day on official work activities. In the Aman harvest season in December during which demand for labor is high, work time rises to three to four hours. However, illiterate women, who make up two-thirds of the women in the sample, show little variation in their rates of labor force participation or hours of work throughout the year. In contrast, literate women work more in response to an increase in demand for labor and consequent increase in wages, like in the Aman harvest season in December, though the changes are only statistically significant for women up to primary education (Figure 5).

Figure 5: Time spent on work by married women, by education During the high season when women are most severely time constrained, less educated women tend to reduce time spent on cooking. During the Aman harvest season in November and December, illiterate women and women with no education beyond primary school spend less time cooking (& washing utensils) (Figure 6). The work schedule of women with secondary education, however, remains unaffected in this season. Women’s time spent on child care does not vary significantly by education, income level or season. Women with children under five years of age spend on average two hours per day on child care, feeding, bathing, teaching, playing, and caring for them in sickness. Even in the high agricultural season under time constraints, women do not cut down on child care time. Instead, they sacrifice about an hour of work outside the home and an hour of their leisure time.

To synthesize, we have eight pieces of advice about measuring women’s time use: