UNPACKING JOINT DECISION-MAKING ON LIVESTOCK AND NUTRITION IN TIMOR-LESTE 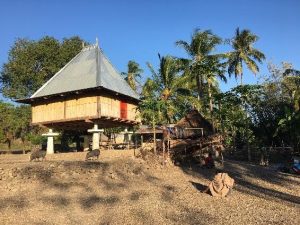 Livestock are key assets for rural households, and who controls these assets and their products can greatly affect nutrition and development outcomes. As women often manage food provision within families, their level of decision-making power over livestock, the uses of income from their sale, and whether to consume or sell animal-source foods has the potential to influence the nutritional status of their family members.

We found that men and women consistently consider animals to be family assets and share decisions on livestock production, framing the household as the farming unit and echoing the collective nature of Timorese culture. Women displayed stronger agency in managing small livestock and had more autonomy to sell lower value assets. Though decision-making was joint, it was also nuanced and reflected gendered power differentials. Income generation is considered the men’s domain, and this gender norm is reflected in how women and men negotiate about spending money on protein foods. As a result, many women feel that men have the last say in how money is spent.

The vast majority of participating households owned chickens and pigs, with poultry used for consumption and income, while pigs satisfied cultural requirements and income to a lesser degree. Less than half of households owned larger animals such as buffalo, cattle, and goats, which families mostly reserved for ceremonies central to Timorese social networks and culture.

In this longitudinal mixed-methods study conducted in 2017-18, we surveyed 282 men and women living in the same households in four least developed communities in eastern Timor-Leste, collected seasonal production and dietary data for mothers and children under age five, and conducted 35 semi-structured interviews with mothers, husbands, extended family members, and key informants.

Livestock ownership, production, and sale and uses of income 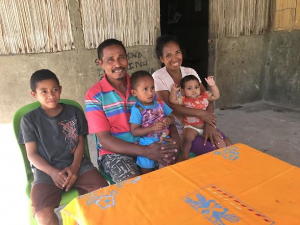 Despite the gendered division of labor – where men take care of pasture animals and women care for animals near the house - both men and women owned animals together. This applied to large and small livestock alike. The majority of respondents reported making decisions on livestock jointly with their partners, as well as with other senior family members when living together.

However, nuances shape decision-making processes. Women had less input in productive decisions and felt they could make less of their own decisions than to men. The decision to sell pigs and ruminants was made together, while women were more autonomous in selling eggs and chickens without prior discussion. Control over income from livestock sales was described as shared, with men more often deciding on its use.

Animal-source foods and their intra-household allocation

While half of all participants framed small household purchases as a woman’s sole domain, interviews revealed that buying animal-source foods often required negotiation. Interviewees described men as responsible for finding money, prioritizing funds for purchasing rice. Many women consult or ask for their husband’s permission prior to buying higher value foods, like fish, eggs, or meat, which are considered highly desired but not essential in meals.

Households’ own production of animal-source foods was limited by small flocks and herds that were prone to diseases. Most respondents described eating meat during ceremonies or when animals died, and some obtained meat from hunting. Communities close to rivers supplemented their diets with fresh-water foods, while coastal communities consumed fish more frequently. Ultimately, the consumption of animal protein was constrained by available funds.

Animal-source food distribution within households did not vary by gender or age. Mothers reported prioritizing feeding eggs to their children. Eggs are an important source of high-quality protein in a context where livestock are not milked, and dairy products are usually sweetened and contain low levels of actual milk. Across all seasons, children consumed slightly more animal-source foods than their mothers, mostly due to higher egg intake. Around two thirds of eggs consumed were purchased, while over three quarters of chicken meat and a quarter of pork was home-sourced.

Gender relations are complex. In Timor-Leste, they are more egalitarian than in South Asia, where women’s autonomy is limited and girls might suffer nutritional neglect. Despite the collective character of decision-making, women’s voices are often heard less than those of their partners. Gender- and nutrition-sensitive agricultural programs focusing on poultry and pigs for consumption and income have potential to provide women with greater access to resources they can use to procure animal-source foods and support dietary quality, women’s empowerment, and poverty alleviation.

This research was undertaken with support from the Ministry of Agriculture and Fisheries of Timor-Leste, Catholic Relief Services Timor-Leste, Charles Darwin University, and the Barilla Centre for Food and Nutrition.