by Stuart Gillespie and Nick Nisbett 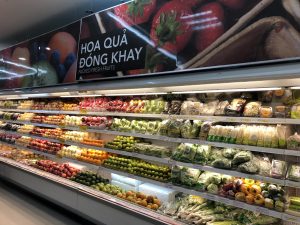 The framing of malnutrition as a global problem which affects us all is long overdue. Viewing it as such demands more systemic, whole-of-society approaches that align with the universality of the Sustainable Development Goals. Such a framing also highlights certain challenges, some of which are currently not well addressed by nutrition actors.

Food environments and food systems intersect with health and environmental systems in complex ways that may be harmful to nutrition. Private sector organizations — especially large transnational corporations — are major actors in these systems. Their products and practices may help address the problem, or they may drive, exacerbate, or deliberately confound it. Public agencies, including governments, therefore need to ask themselves questions about whether to engage with certain companies, for what purpose, when, and how.

Until now, there has been a tendency to frame this issue as "either/or" in terms of whether to engage with the private sector, or not. This is far too simplistic. There's a lot of space in between these extremes where negotiations can take place and collaborations can be developed.

While stated engagement principles do exist, there are few examples of clear, practical guidelines, and even fewer examples of how they have been applied in real-world contexts. Principles tend to become individualized and atomized rather than widely agreed-upon norms. We argue that these issues need to be surfaced and debated openly, as part of a consensus-building process that leads to practical guidance, including where and how to draw red lines.

As nutrition researchers and advocates, we often have cause to think about our engagement with the private sector — particularly in terms of from whom we take money, or with whom we share an alliance or even a platform. Debates rage on, with positions ranging from full engagement to strict non-engagement. 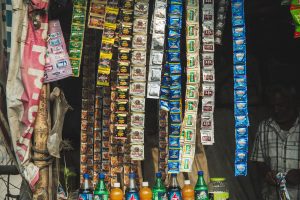 The private sector does not exist on a different planet — it is all around us, encompassing a huge range of actors from small farmers and shopkeepers to huge corporations, all of whom have a job of delivery within the food system. Of course, we need to engage with the private sector. This fact does not — as many pro-engagement advocates imply — mean that non-engagement with particular companies is a ridiculous position. In other spheres of development, e.g. public health, climate change, and green investment more generally, there are a number of clear cases of 'no-go companies' — tobacco, climate disinvestment, child labour, alcohol, gambling.

When does working with a particular private sector actor become unpalatable for malnutrition researchers and advocates? We all have our own examples, but it has been interesting to see how relative this is. Companies that we find unpalatable, e.g. serial Breast-milk Substitute Code offenders, and large unreformed transnationals that derive the greatest share of their profits from products and practices associated with obesity, are in relationships with other organizations that we respect in the nutrition world.

This has led us to examine our own reasoning, bias, and subjective assumptions about partners with whom we will and won't work. We wonder whether ours and others' reasoning about the seeming illogicality of combining, for example, public health approaches with sugar-sweetened beverage distribution (which we see as similar to combining public health with tobacco retail) could be better channeled into the development of a clear set of practical processes and indicators.

Indices like the Access to Nutrition Index (ATNI) could help. The methodology involves an assessment of corporate and product profiles. The former assesses companies' performance against "international guidelines, norms and accepted good practices, except when such guidance was not available" (which again highlights the gap we face). Product profiles assess the "healthiness" of products that generate the greatest revenue for the company. Since its inception, companies who perform highly (scoring 6-7 or above out of 10) only do so in relative terms. Many score below 3 out of 10. Companies tend to score better on stated commitment and governance than on product healthiness. Implementation lags behind commitments, and ATNI has been criticized for focusing too much on the latter. Nestlé is an interesting case: a company that has done a lot to reform and consistently ranks highly on the ATNI and yet doesn't seem to manage a year without Code violations.

We argue that companies need to show pro-nutrition actions (not just words) over a reasonable length of time before discussions on engagement or partnerships start. To this end, we would need consensus on what this would look like, including what metrics, indicators and targets are sufficient to demonstrate institutional commitment to better nutrition.

A traffic light rating system could work. At present, most companies assessed by ATNI would be red or amber. Such a system (which would need to be grounded in a consensus on appropriate metrics) could improve clarity, and better incentivize the reds and the ambers to reform.

We recognize the complexities and the fact that things are changing, day by day. It is not, for example, as simple as considering whether to engage with any one organization. Some of the larger organizations have linked corporate social responsibility units and linked foundations which may be supporting pro-nutrition activities that in themselves are positive for nutrition. And yet, their core business practices encompass products and/or practices that continue to damage nutrition — at a much larger scale. There is also the distinct possibility that ignoring the "major bad" to focus on the "minor good" lets the companies off the hook, and even disincentivizes reform of their harmful core business practices. This suggests we need to go beyond judging the merits of any one project or any one type of engagement, to also look at the bigger picture of what the company is doing.

A traffic light system also aligns with the reality that nothing is static. The situation is dynamic; companies are changing. The question for wider discussion becomes one of how to judge whether and when a company's net impacts are sufficiently "pro-nutrition" to become eligible for potential collaboration. This again will require a discussion of metrics, thresholds, and red lines.

These are issues and challenges that should not be over-simplified, fudged, or hidden — especially at this time. Many in the nutrition community are gearing up for a major nutrition summit, linked to the Tokyo 2020 Olympics, in which pledges and commitments will be made to address malnutrition in all its forms. The arena for nutrition action now — compared to the last Nutrition for Growth event in 2013 — is a lot wider and there are many more (actual and potential) actors. Principles and practical guidance are needed more than ever. On this basis, we want to start a new kind of conversation and would welcome views.

Stuart Gillespie is a Senior Research Fellow in the International Food Policy Research Institute's Poverty, Health, and Nutrition Division. He leads A4NH work in Supporting Policies, Programs and Enabling Research through Action. Nick Nisbett is a Research Fellow at the Institute of Development Studies. Please contact the authors with comments.