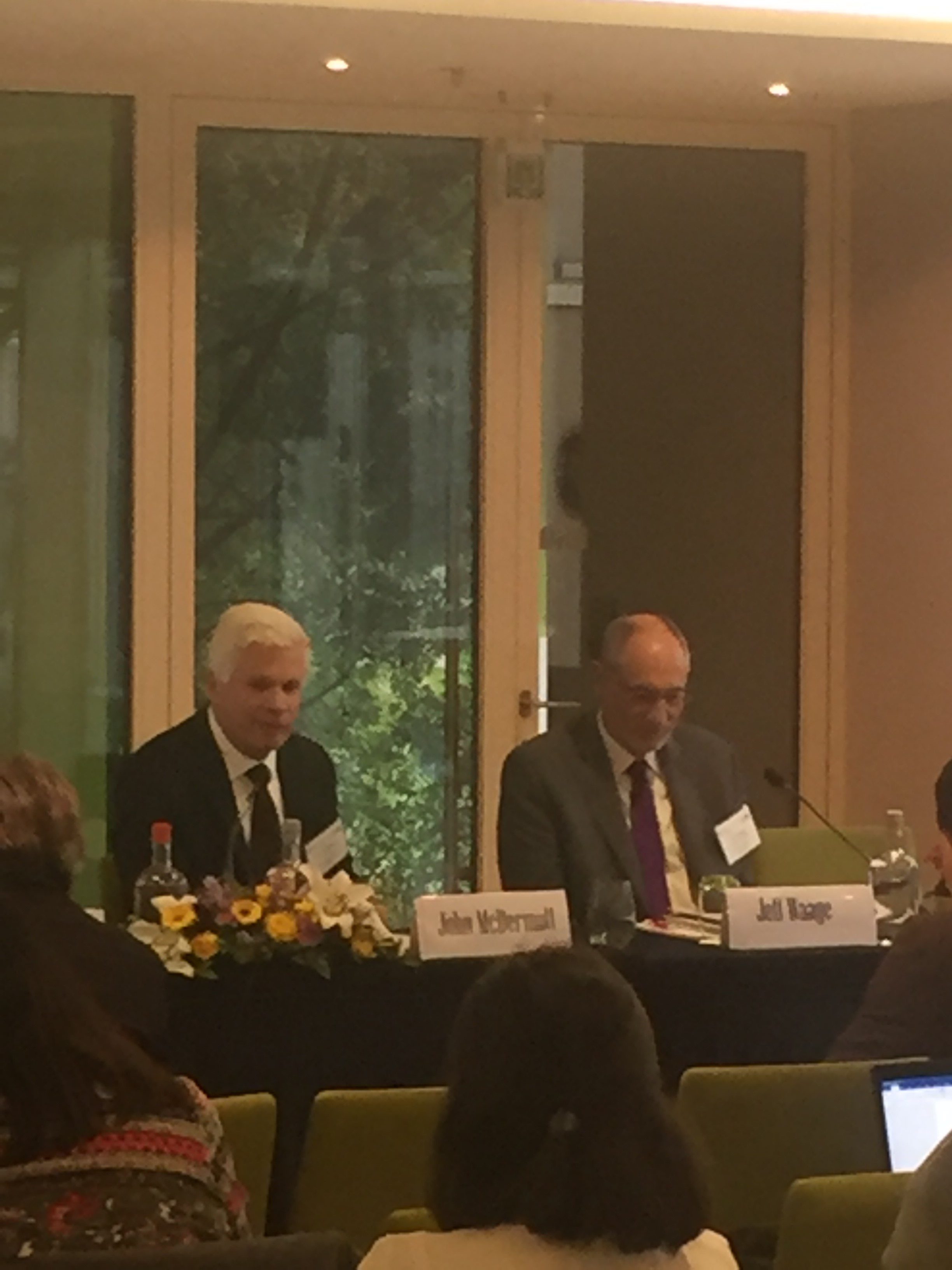 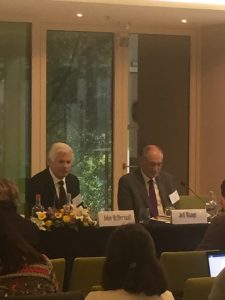 John McDermott and Jeff Waage speak to attendees at the May 24, 2017 workshop "Better Targeting Food Safety Investments in Low and Middle Income Countries."

The workshop “Better Targeting Food Safety Investments in Low and Middle Income Countries,” hosted by the CGIAR Research Program on Agriculture for Nutrition and Health (A4NH) and the London School of Hygiene and Tropical Medicine (LSHTM), brought together policymakers, researchers, donors, and others to delve into the challenges impeding poor people’s access to safe foods throughout the world.

Recent work by the World Health Organization shows the health burden of foodborne disease is comparable to that of malaria, HIV/AIDS or tuberculosis. Access to safe foods is a significant factor in sustainable development. Yet as Delia Grace, Program Leader in Animal and Human Health at the International Livestock Research (ILRI) and the A4NH Food Safety Flagship Leader, remarked during her presentation, “food diseases don’t behave like other infectious diseases.” While most infectious diseases are highest in areas where people are also poorest and basic infrastructure is lacking, foodborne diseases are different, often getting worse as countries develop quickly, appetites for risky foods such as fresh produce and livestock products increase, and value chains grow longer and more complex.

Participants returned throughout the day to the central understanding that solutions will require thinking about this very serious problem in entirely different ways: it will not be enough to simply take what has worked in high-income countries and replicate it, nor will a one-size-fits-all approach work among low and middle income countries. In fact, either of these strategies could have unintended consequences for nutrition and livelihoods that make things worse for the poorest. The new approaches that must be undertaken will involve considering what is appropriate to local food chains, weighing risk in given situations, and involving key actors who are able to build knowledge and capacity. 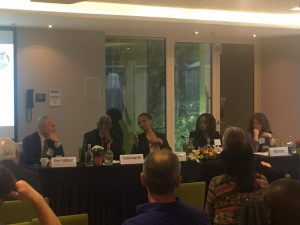 A panel discussion during the May 24, 2017 workshop "Better Targeting Food Safety Investments in Low and Middle Income Countries."

Talk then turned to how to create an enabling environment, considering governance and capacity strengthening. Discussion followed presentations from Marlynne Hopper, with the Standards and Trade Development Facility at WTO, and Bruno Schiffers, Professor at University of Liege. The day rounded out with a closer look at successes in and unintended consequences of small-scale food safety interventions and explore options for developing widespread solutions for foodborne disease in LMICs. Audience members learned from Kristina Roesel, Project Coordinator of Safe Food, Fair Food at ILRI; Hung Nguyen, Regional Representative for East and Southeast Asia and Senior Scientist in Ecohealth and Food Safety at ILRI, and Adebowale Akande, Agribusiness Specialist at the International Institute for Tropical Agriculture and Country Lead, AgResults. 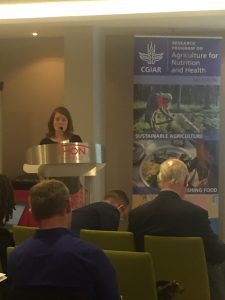 Over the course of the workshop, several major themes emerged:

1.       Collaboration and knowledge sharing among the different sectors is critical and must be encouraged. The many layers of collaborations in food safety include formal and informal, public and private, and export and domestic sectors. “There has to be a relationship between the public and private sector,” for example, stated Akande. Despite the many perspectives these sectors bring to the table, success will only come if all are working toward the common goal. As commentator Lystra N. Antoine, CEO of Global Food Safety Partnerships noted, “Collaboratively, we can do a lot more than any of us can do alone.”

2.       Consumers have to weigh the risks when considering what choices to make, and they need more information in order to make better decisions. However, hazards and risks are not the same thing, and they don’t occur at the same level: a perceived hazard does not mean the actual risk is significant. This is particularly important when considering the role of informal markets, an integral part of many communities. Informal markets are not necessarily inherently more risky than formal markets, and informal and formal sectors have lessons to learn from one another. “There is an enormous potential for the formal sector to benefit the informal sector,” commented Waage.

3.       The problem of lack of access to safe foods is particularly acute for small children. Not only are they disproportionately affected by foodborne illnesses and deaths, but they have the least control over their own exposure to this risk. The problems have many points of origin: they occur before the food reaches the household, with issues along the delivery chain that household are unable to detect, but also once the food is in the household, in storage, preparation, and feeding. Compounding the situation is that the foods with the greatest risks are also the foods that are most nutrient-dense and important for children as they grow, including fresh fruits and vegetables and animal protein. Cumming underscored the importance of addressing this situation in his remarks, noting “we must practically consider what people can do in these challenging environments, especially to protect young children who are particularly susceptible to foodborne disease risks.”

As the workshop concluded, consensus from participants was that the challenges laid out over the course of the day underscore the level of work that lies ahead. McDermott summed up this consensus: “Progress in food safety will lead to progress in nutrition and health. Amid a lot of urgency, there is cause for optimism, but much work remains to be done.”