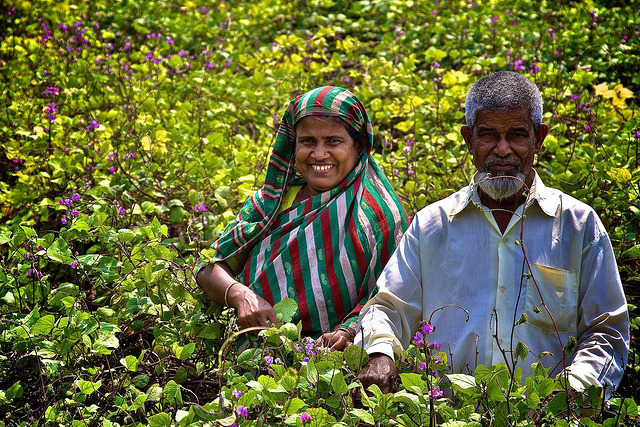 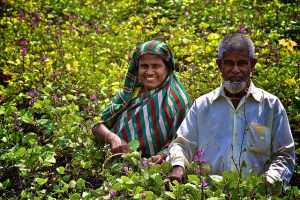 In April 2018, the Gender, Agriculture, and Assets Project, Phase 2 (GAAP2), launched the pilot version of the Project-Level Women’s Empowerment in Agriculture Index (pro-WEAI). Pro-WEAI is a new survey-based index for measuring empowerment, agency, and inclusion of women in the agriculture sector. Developed jointly by the International Food Policy Research Institute (IFPRI), the Oxford Poverty and Human Development Initiative (OPHI), and thirteen partner projects in the GAAP2 portfolio, the tool helps agricultural developmental projects assess women’s empowerment in a project setting, diagnose areas of women’s disempowerment, design strategies to address deficiencies, and monitor project outcomes. Pro-WEAI is an adaptation of the Women’s Empowerment in Agriculture Index (WEAI), originally developed in 2012 by IFPRI, the United States Agency for International Development (USAID), and OPHI.

Pro-WEAI is composed of 12 indicators of women’s empowerment in agriculture: autonomy in income, self-efficacy, attitudes about domestic violence, input in productive decisions, ownership of land and other assets, access to and decisions on credit, control over use of income, work balance, visiting important locations, group membership, membership in influential groups, and respect among household members. These indicators are organized into three domains: intrinsic agency (power within), instrumental agency (power to), and collective agency (power with).

The Three Domains of Empowerment score (3DE) is calculated from these 12 indicators, and reflects how many respondents are empowered across the three domains and the extent of their empowerment. Pro-WEAI is a composite index that tells us how empowered the women surveyed are as a group. Pro-WEAI combines the 3DE score with the Gender Parity Index (GPI), which assesses how empowered women are in comparison with the men in their households. Domains and indicators of the pro-WEAI

How is pro-WEAI different from WEAI? Naila Kabeer conceptualizes empowerment as a process of change made up of three interrelated dimensions: resources, agency, and achievements.

Pro-WEAI is intended to measure changes in women’s empowerment over the course of an agricultural development project, and it focuses on indicators of empowerment that a project could change. In addition, pro-WEAI includes optional add-on modules to look at women’s empowerment in projects that focus on outcomes related to nutrition, health, and livestock.

What’s next for GAAP2 and pro-WEAI?

Pro-WEAI was developed and tested using baseline data collected by nine partner projects in the GAAP2 portfolio. Partner projects are now designing their endline surveys in which pro-WEAI will be fielded again. Analyzing pro-WEAI baseline and endline data in each of the participating projects will enable us to assess their impact on women’s empowerment. In the meantime, the GAAP2 index development team is using the projects’ pilot data, results, and insights to continue to test and refine the new index.

The Gender, Agriculture, and Assets Project, Phase 2 (GAAP2) is led by IFPRI in collaboration with OPHI and funded by the Bill & Melinda Gates Foundation, the United States Agency for International Development, and the CGIAR Research Program on Agriculture for Nutrition and Health. Visit the GAAP2 website to learn more about GAAP2 and the WEAI Resource Center to learn more about pro-WEAI and other versions of WEAI.

This blog was originally published on the GAAP2 website.