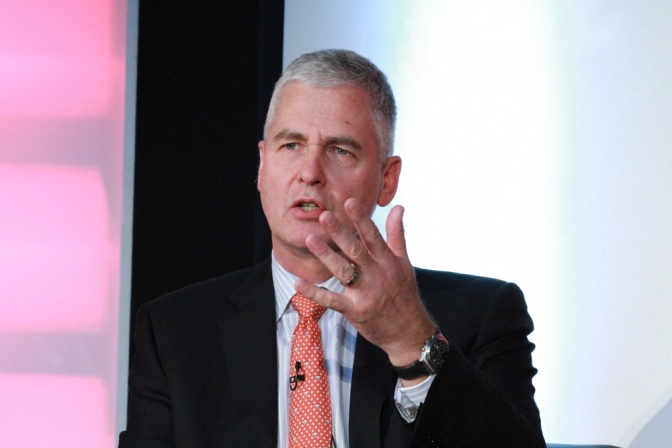 When HarvestPlus started ten years ago as a joint program of CIAT and IFPRI, with the goal of tackling hidden hunger caused by a lack of vital minerals and vitamins in the diet through biofortification, they faced some big challenges:

In a nutshell: Over the last ten years HarvestPlus has been remarkably successful. Through the program, CGIAR Research Centers and partners have been able to develop and release Orange Fleshed Sweet Potato, Vitamin A Cassava, Iron Bean, Vitamin A Maize, Iron Pearl Millet, Zinc Rice and Zinc Wheat that will eventually provide up to 50% or more of daily need for the target nutrient. HarvestPlus’ target was to reach 100 thousand farm families in 2013, but the program managed to reach 1.5 million farm families, over 7 million people, instead. And studies in Uganda and Mozambique of Orange Fleshed Sweet Potato consumption have shown a measurable improvement in the Vitamin A levels in the bodies of children. The first of the above two questions have been answered positively – it is the third that the program is now focusing on: scaling up and out. HarvestPlus goal is to reach 100 million people with biofortified crops by 2018 and a billion people by 2030.

Given the success of HarvestPlus as a “special program” within the overall CGIAR program portfolio (it is a key part of the CGIAR Research Program on Agriculture for Nutrition and Health) the question was whether it was now time to mainstream biofortification.

This week, at The 2nd Global Conference on Biofortification: Getting Nutritious Foods to People in Kigali, Rwanda, the CGIAR Consortium and its members, the CGIAR Research Centers, confirmed that:

An essential role of agriculture and food systems is to provide the minerals, vitamins and other compounds that are essential for good health. As one way to contribute to this objective of agriculture, the CGIAR Consortium and its members, the CGIAR Research Centers, commit to mainstreaming breeding for mineral and vitamin traits into conventional food crop development programs.

Of course, CGIAR Research Centers cannot achieve HarvestPlus’s ambitious scaling up targets alone. Close collaboration with national programs is critical, such as with EMBRAPA (the Brazilian biofortification program); HarvestPlus China; the India Biofortification program; and national partners in many African countries, particularly Nigeria, Rwanda, Uganda, Zambia, Mozambique and the DRC. Strongly supported by the Rwandan government, more than half of Rwandan farmers have already adopted biofortified iron climbing beans – that are nutrient dense as well as high yielding. HarvestPlus is also pioneering partnership with small and medium size private sector seed companies as a distribution channel to reach large numbers of farmers, and exploring contacts with large food companies that could process biofortified crops into food products. This is the area where the CGIAR Consortium and its members have made least progress to date. While our new Intellectual Asset Principles (approved in 2012) allow CGIAR to work with the private sector – and allow restricted licensing deals (if justified by the potential impact) – in practice we still have much to learn on how to work effectively with private sector food companies. It is clear, though, that to be successful at the scale of our ambitious goals, we will have to invest time and energy to make partnerships with the private sector work for both sides.

This week in Kigali the enthusiasm and energy – to get nutritious food to people – was palpable, from the Prime Minister of Rwanda who opened the conference and personally chairs a committee of ministers on nutrition, to the Nigerian farmers who participated in Vitamin A cassava trials. While there is still much to learn, we can credit HarvestPlus with bringing lots of energy to the global effort to improve nutrition and public health through biofortification. And on Monday, the CGIAR Consortium and its members committed to mainstream that effort, to make breeding for mineral and vitamin traits in their regular food crop development programs the norm.

Document: Full commitments to mainstreaming breeding for mineral and vitamin traits into conventional food crop development programs by the CGIAR Consortium and its members

Video: Dr. Howarth Bouis, the Director of HarvestPlus, argued that “providing good nutrition and health must be a primary – if not THE primary – function of agriculture.”

Video: Rwandan Prime Minister Dr. Pierre Habumuremyi today officially opened the Second Global Conference on Biofortification in Kigali with a call to participants to use their unique strengths and capacities to expand delivery of nutritious crops.