VOICES FROM THE FIELD: ON INTERNATIONAL WOMEN’S DAY, REFLECTING ON GENDER INEQUITIES

Namukolo Covic shared an excerpt of her story as part of the CGIAR Gender Platform's International Women's Day campaign, highlighting key moments of awareness about gender inequities from researchers across CGIAR. View the full campaign here. 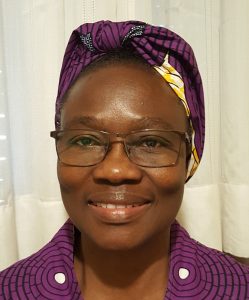 My first 'A-ha' moment of gender inequity came when I was 9 years old.

Why such an early age, surely you may ask. What could I have known about gender equality for improving food, water land and agriculture system?

It came in an abrupt and profound crash course from my mother upon my father’s sudden death. We lived in Namibia where Father worked at a missionary hospital in the Caprivi Strip. He had acquired some farmland in Zambia across the border, near his home village. A house was being constructed, there were a few cows and chickens.

In the Caprivi, Mother had access to fields where she grew maize, sorghum, and sometimes millets. She intercropped beans, pumpkins, and watermelons between the cereal plants. Sandy areas of the fields were for sweet potatoes. It was not her land – just land no one was using that she had cleared for herself in nearby bushes. There was a homestead vegetable garden, usually with tomatoes, okra, and pumpkins, but unlike those in the maize field these pumpkins were primarily for leafy vegetables. Any extra leafy vegetables Mom dried and stored for out of season use. She also dried fish and meat.

As children, weekends were spent collecting firewood and when we did, we also collected wild vegetables and fruits and brought them home. We were occasionally also sent to people who had kraals to collect manure that she would spread in the fields. Seeds in the manure would occasionally grow! Once, for example, wild amaranth grew and when weeding, we were instructed not to pull it out because it was food. We kept some chickens and ducks in our homestead, but hardly ate the eggs. It was taboo for girls, but Dad would break the taboos occasionally – to Mom’s frustration). Mom would slaughter a chicken for special occasions.

The nearest piped water was about 3km away and my mother collected water during the day. We children helped when not at school. As children, it was our responsibility to collect water to water the homestead vegetable garden. There was no marketplace that I recall, and when someone had something to sell, they peddled it around in case someone needed to buy. The nearest shop I remember was at least 5 km away. As a child, it felt like we walked forever to get there. That is where we occasionally bought things like sugar and cooking oil. Our main staple was maize. Most of the maize is what Mom grew but occasionally my father would bring a bag of maize meal home. Mother preferred our own maize meal that we pounded with a mortar and pestle. She bought maize to supplement what she grew. Mom said it was much cheaper – in retrospect, I wonder what the cost would have been if my mother’s labor was counted.

This was the food system I was exposed to, with a very strong input from my mother. I never saw my father in the field, but the man was still ahead of his time. If he came from work while my mother was still in the field, he would clean around the house and even cook. Later I came to understand from my older brothers that this in fact was of great irritation to Mom, for while Father wanted to help, my more traditional mother took it as a vote of no confidence for what she considered her role.

By all measures, we had a comfortable life, compared to others around us. Then one day I came from school and was told, "your father is very sick in the hospital." My father died two days later.

And then came the 'A-ha'. Our lives were turned upside down. My mother had to go back to her village – not the “palace” my father had been building with her for us, but her village, 400 km away, where she had not lived for almost 25 years. If there was gender equality, my mother would have inherited the family farmland and house she and Dad had been preparing. Instead, it was not even considered as an option. The balance she had set within our food system was disrupted.

With her eyes full of tears, my mother passed on another 'A-ha' moment to me at that early age, as she bade me farewell to go and live with my ill-prepared older brother about 800km from where she was going with my two younger sisters. She said, “If I was a man and if I had an education, things would be different. Life will be hard where you are going to live with your brother, but focus on school. No one can take that away from you.” Then she turned to my brother and said, “If it works, I will send the other two so they can also get an education!”

Life, as Mom predicted, was hard, and my sisters never followed. I lived my life from then on believing that the only way I would have equal footing with others was by getting an education.

This Stories of Change in Nutrition study aims to understand the history, contemporary treatment, and future of nutrition in Vietnam.

India's Public Distribution System (PDS) has been the anchor of its food security safety net programs for decades.

Read more
View all
Blog
June 16, 2020
Investing in the Data Value Chain for Nutrition in West Africa: A Call to Action

More than 90 people from key national and regional institutions across West Africa gathered to take stock of the nutrition data value chain in the region.