Utilizing quantitative and qualitative approaches, Jeeyon Janet Kim, a PhD Candidate from the Friedman School of Nutrition Science and Policy at Tufts University, investigates the linkages between ­­migration, household food security, and women’s status. In this blog, she shares findings on how male out-migration affects household food security in Far West Nepal. 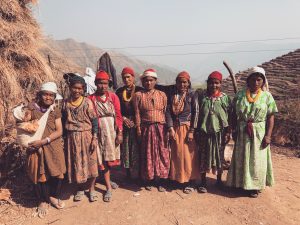 In Maulali, an isolated village in the mountains of Far West Nepal, nearly all households are engaged in agriculture. However, due to unproductive agricultural activity and limited non-agricultural opportunities in the area, men have been migrating to India since their “grandfather’s father’s time” in search of low-skilled labor opportunities (focus group discussion with high-caste men, October 25, 2016). They often migrate alone and work as security guards, cooks, and drivers, while women stay behind to take care of children and the homestead. As in the rest of Nepal, migration in Maulali remains a highly male phenomenon.

Since 2016, our team has been examining the effects of male out-migration on household food security in Maulali. Our research contributes to the limited evidence base on the linkages between migration and the multi-dimensional concept of food security in Nepal. To our knowledge, this is the first study to examine this relationship in this mountainous ecological zone of Nepal. Between October 2016 and March 2017, we conducted focus group discussions and in-depth interviews with nearly 200 men and women. For many, especially the women, our study was their first encounter with a researcher who inquired about their lives, perspectives, and aspirations.

Our findings suggest that male out-migration both alleviates and exacerbates households’ experiences of food insecurity. The money, or remittances, sent back to Maulali by migrants, as well as improved access to loans and credit, help migrants’ households purchase foods at the market to meet their immediate needs. A high-caste man describes the central role remittances play during a focus group discussion (October 29, 2016):

However, many respondents noted that remittances were often infrequent, insufficient, and unreliable; it was not uncommon to hear of migrants not remitting for years ­– or at all. Remittances and improved access to loans and credit are also not improving the limited variety within and between meals or the quality of household diets. 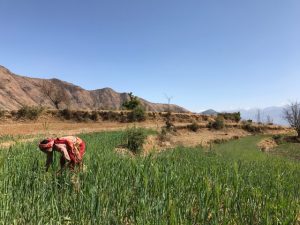 Moreover, the limited monetary benefits from migration come at high costs. Migrant men report undignified, unsafe, and difficult working conditions in India. Families are separated for extended periods and children grow up without their fathers. Women are burdened with the additional childcare, fieldwork, and housework responsibilities that fall to them in their husbands’ absence. Increasingly, due to migrant men’s absence and strict gender norms, households are being forced to hire other men for agricultural tasks such as plowing with oxen. Respondents share that their reliance on hired male labor is hampering their already limited agricultural production and increasing their dependence on the market to meet basic needs. And for women, finding a male laborer was yet another task added to their already over-burdened workload.

While migration is a central livelihood strategy in Maulali households’ efforts to realize food security, it is not sustainably or substantially improving food insecurity through the traditionally examined domains, namely quantity and quality of foods. However, it provides much – albeit short-lived – relief to households’ worry and anxiety about having enough to eat and balancing the demands for food with other basic needs. In Maulali, migration allows households to “live in hope” (interview with high-caste woman whose husband has migrated to Bangalore, October 31, 2016).

In light of our findings, additional studies are needed to further establish the linkages between migration and food security and move beyond focusing solely on the monetary effects of migration. It is important, in these efforts, to encompass a more holistic understanding of the effects of both migration and food security. Migration may be improving some aspects of household food insecurity (e.g., anxiety and worry) oft under-explored in studies examining these linkages. Feedback from the migrants themselves, those who remain in the rural areas, and households who have migrated together, should be at the center of these explorations. Given the unprecedented level of labor migration in rural Nepal and beyond, a nuanced understanding of the effects of mass male out-migration on household food insecurity is critical to harnessing the development potential of migration. 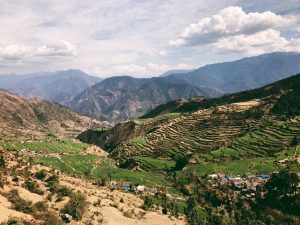 For those who are interested in finding out more about migration and food security linkages, please feel free to reach out to the author and/or consult the following sources:

Acknowledgement: This study was made possible by the generous support of the American people through the United States Agency for International Development (USAID). The contents are the responsibility of the authors and do not necessarily reflect the views of USAID or the United States Government.

Jeeyon Janet Kim also gratefully acknowledges the support of the Gerald J. Friedman Fellowship in Nutrition and Citizenship. Many thanks to Ms. Gomati Awasthi, Dr. Elizabeth Stites, Dr. Daniel Maxwell, Dr. Patrick Webb, and Dr. Mark Constas for their continuing support and feedback. Last but not least, I am indebted to the women and men of Maulali who so generously shared their experiences, challenges, and hopes; dhanyabad.