WHILE SOME ANIMAL-TRANSMITTED DISEASES OF THE POOR ARE DECLINING, OTHER, MOSTLY FOODBORNE, DISEASES ARE ON THE RISE 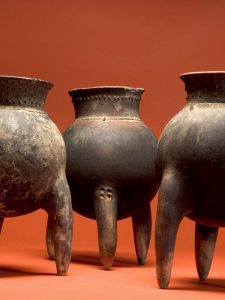 ‘. . . Around 70 percent of all infectious diseases are zoonotic, moving from animals—usually livestock—to humans, through either contact or the consumption of animal products and by-products. The International Livestock Research Institute estimates that 2.7 million people die from zoonotic diseases each year, while approximately 2.5 billion people get sick.

To offer some sense of scale, a recent study led by Lawrence Summers, former treasury secretary and former director of the National Economic Council at the White House, estimated that the costs of pandemic diseases—nearly all of which begin in animals—fall in the same range as those expected by climate change-related disasters.

‘”And yet only 4.5 percent of development money, of aid, goes to agriculture,” Carel du Marchie Sarvaas, executive director of the International Federation for Animal Health—the global trade association for leading animal pharmaceutical health companies—told Devex. “Organizations like [the Bill & Melinda Gates Foundation] know it should be a lot higher; they’ve set the bar at 20 percent themselves [for agriculture], and they reached it last year.”

‘Other aid donors and investors are beginning to pick up the pace, but Delia Grace, joint program manager of animal and human health at International Livestock Research Institute told Devex that a concerted effort to monitor, prevent and contain infectious disease isn’t really materializing—despite the widely accepted threat posed by zoonotic-borne disease.

‘”Those who [prioritize] what they call ‘existential threats,’ so threats that could knock civilization as a whole back, put . . . things like nuclear war, being hit by an asteroid, massive global terrorism, and out-of-control climate change up among those top 10 threats to humanity: people are very aware that one of those is plagues, which historically are zoonoses,” Grace said.

‘The nature of the threat is changing, Grace explained, and largely, this is good news. Loss of life due to what Grace called the “classic” neglected infectious diseases, including tuberculosis, Cysticercosis, pig-transmitted tapeworm, Brucellosis and others, is flatlining, and in some cases declining.

‘”These are the diseases associated with severe neglect and poverty, and research shows these diseases are declining as health systems improve, as access to clean water improves, people are in less close contact with animals and their wastes, they get better housing, and as a result other diseases, malaria, TB, they’re all declining too,” Grace said. “These diseases [will be], we hope, diseases of the past. In some communities they persist or get worse, but the global trend is clear: these diseases of poverty and isolation are declining.”

“While we’re getting rid of conditions that bring about some diseases, we’re also creating the conditions to give rise to new diseases or make other diseases worse,” [ILRI’s Delia Grace] said.

‘While diseases of poverty are on the decline, people in least developed countries continue to rely heavily on agriculture, largely livestock, for trade and in many cases subsistence. Their often sole dependence on live animals means their livelihoods are more vulnerable to shocks such as climate change-related events, which frequently give rise to devastating pestilence and disease. Organizations like Heifer International and others continue to stress the importance of health for animals as a means to human prosperity, but investments in animal health still tend to languish as a subcategory of agriculture development, which received only 4.5 percent of aid flows in 2016, and declined in sub-Saharan Africa, according to Organisation for Economic Co-operation and Development figures. . . .

‘Grace points to the linkages between animal health and climate change . . . . For example, ILRI is rolling out new satellite technology to help track the impact of climate-related shocks on livestock health, hoping to track vector-borne diseases that come about after heavy flooding, for example. “One of the diseases we work on, Rift Valley Fever, tends to occur when you get a surge in an insect vector population, and that’s driven by unusually heavy rainfall in arid areas,” she said. ILRI has found that Rift Valley Fever is driven by El Niño-related events, which can be predicted to some extent by satellite data. “There are a lot of climate-sensitive diseases and the utilization of these data can help us form risk maps, showing now where is the problem, and where is the new problem, where are the diseases that, as temperature changes, are going to jump?”

Nature abhors a vacuum, Grace explained, so climate-based predictive technology that could potentially see 10–15 years into the future might allow scientists to foresee ‘jumping’ zoonoses, many of which are vector-borne, or driven by climate-sensitive insects. . . .

Another, more holistic solution is emerging from the World Bank. The ‘One Health’ movement surfaced over a decade ago  . . . on the premise that the health of humans, animals and the planet are closely interdependent, and that mankind can’t attain the health of any one without thinking about the health of the others.

‘For example, the typical response to rabies is to administer an antidote after exposure, but the cost of this is extremely high, it doesn’t always work, and rabies continues to kill about 70,000 people annually. The “One Health” approach would focus not on the human victim, but on the animal “reservoir,” trying to instead to eliminate or manage the disease in dogs or bats.

‘”In Kenya it costs about $0.57 to vaccinate a dog against rabies, and costs $75 for a full treatment of a person infected with rabies, which is about a month’s wage,” Du Marchie Sarvaas told Devex.

‘”By tackling these further towards the root, it’s both more cost effective and more efficient and has more impact—fewer human deaths—than focusing purely on the human health,” Grace said. . . .’

This post, by Susan MacMillan, originally appeared on the ILRI website. Read the full article it was drawn from, by Molly Anders in Devex: The shifting face of pandemic threats, 13 Nov 2017.